A Look Back … A Glimpse of the Building of the Temple 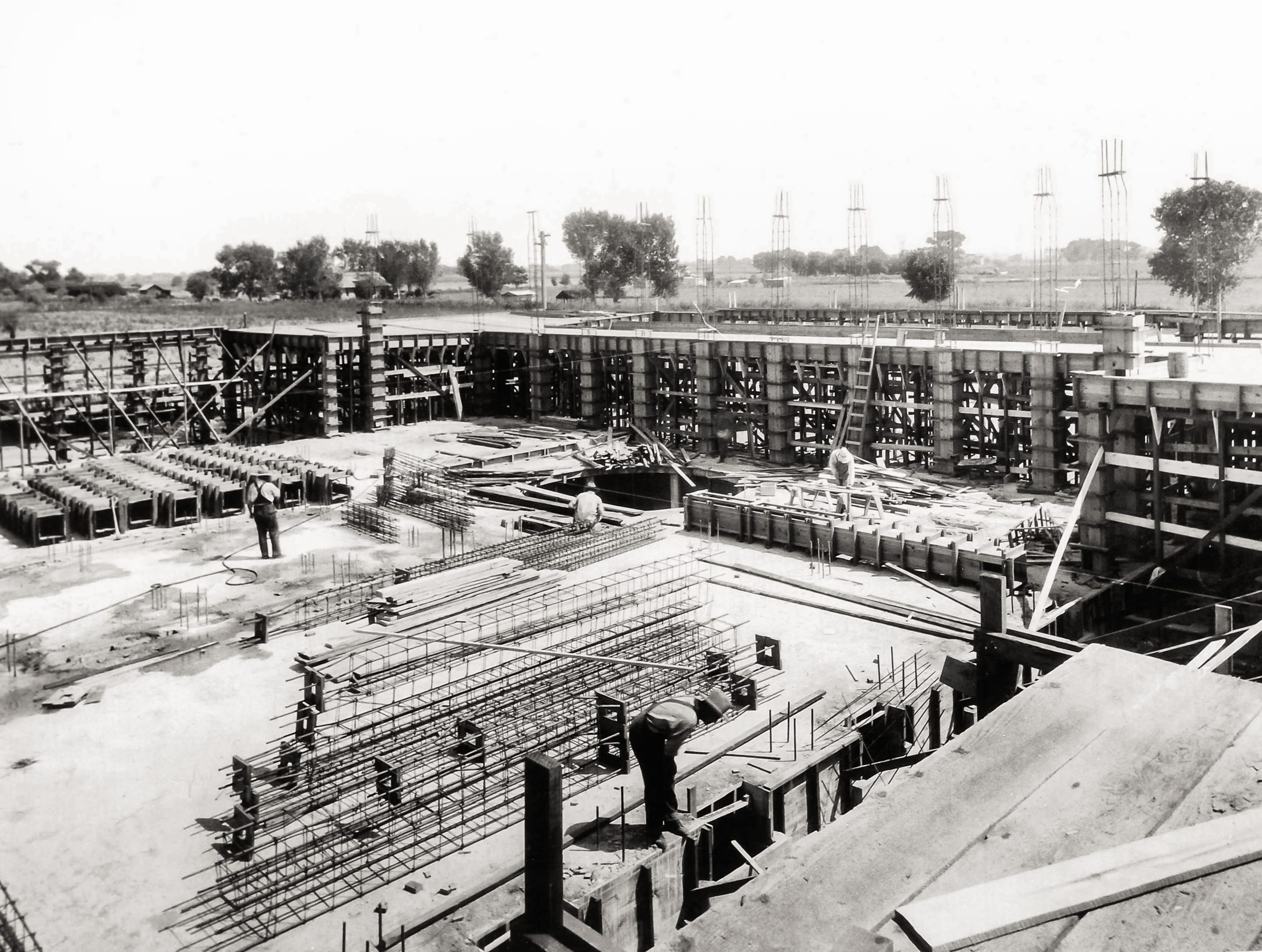 Arthur Price of the Church Building Department took personal charge of the building of the Arizona Temple as construction architect on January 5, 1923. This job he would have until the temple’s dedication in 1927.

Deeply committed to his calling as the caretaker of the temple site, he walked through the under-construction building late at night. When his young daughter asked if he was afraid to be in the dark building alone, he answered, “This is the House of the Lord, and there is nothing to fear.”

Brother Price and his wife, Isabella, relocated to Mesa for the five years that the temple was under construction and recorded later that the years spent overseeing the building of the temple were “the happiest years of our lives.”

Under Brother Price’s direction, an office was erected to house tools and materials necessary for the temple’s construction. Twohy Brothers of Tempe provided the sand, and crushed rock was from the Tempe Butte quarry. The cement contract was given to the Foxworth-Bush Lumber Company from Riverside, California. Hardware was furnished from the O. S. Stapley Company in Mesa and 130 tons of steel were shipped in from El Paso, Texas.

Only the highest standard of building materials and workmanship were acceptable to Price. Each load of cement, sand, and rock was tested for chemical purity and strength, and the mixing of concrete was timed “to the second.”

One report indicated that the foundation pillars were “the most carefully measured, scientifically constructed, perfectly organized masses of concrete and steel ever constructed into a building.”

Price was also a stickler for requiring that the work be completed on time.

Columns of reinforced concrete, beams, and floors made up the structure of the building. The foundation walls varied between ten and twelve feet thick. More than a million clay bricks filled the exterior walls. Then they were faced with burned fireclay blocks. An eggshell-colored glaze was attained by spraying each block before it was placed in the kiln. The finished product is known as “pulsichrome terra cotta.” The Gladding-McBean Company in California provided the tile.

Exterior dimensions of the temple were 128 feet by 184 feet, and the height reaching just 55 feet.

The roof was covered with insulating material, and it gradually sloped from the parapet towards the center, where an immense skylight allowed the “light of heaven” to shine on the temple’s unique stairway and grand hall, which extended from the front entrance to the Celestial Room. 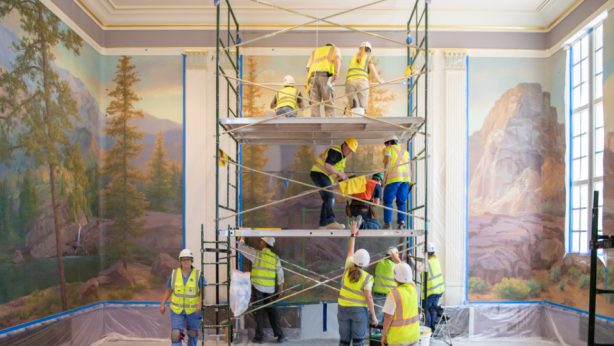 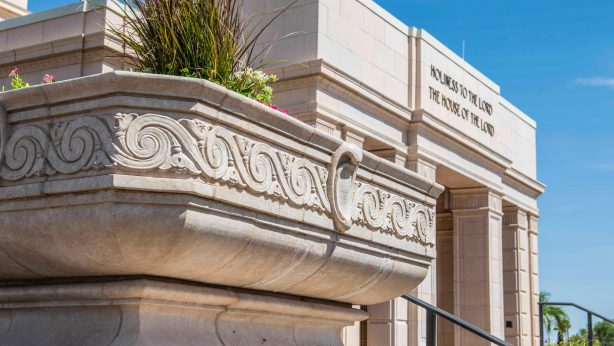